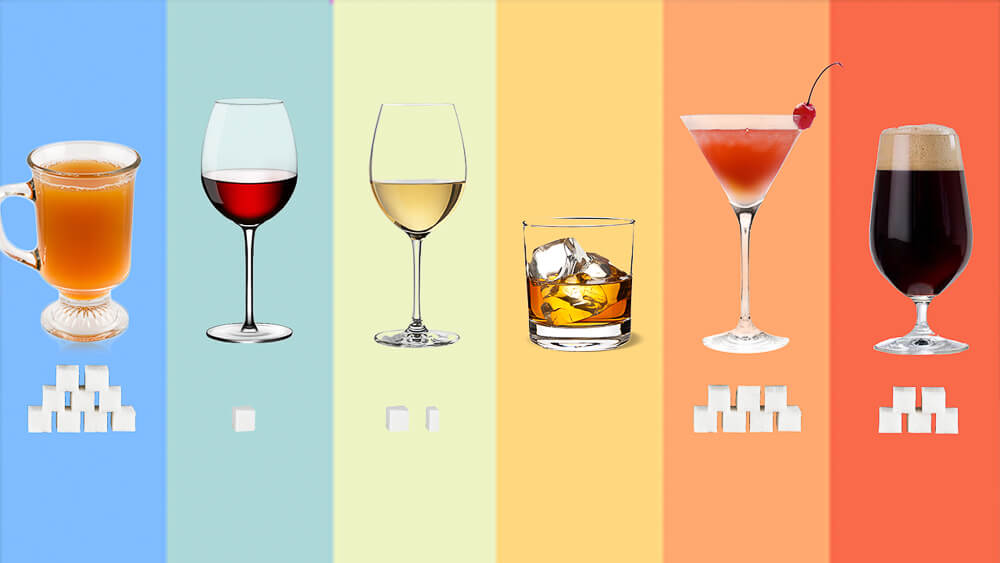 If you’re like many people around the world, you’ve increased your alcohol use significantly during the pandemic. Perhaps you’ve also asked yourself how alcohol impacts your blood sugar levels. If so, you’ve come to the right place for answers.

Many alcoholic drinks cause blood sugar levels to rise in the short term and lower in the long term. Much like alcohol’s effect on one’s mood, there might be a high and then a low, so prepare accordingly. These highs and lows are common even for nondiabetics.

At low doses, alcohol can act as a stimulant and raise blood sugar levels. Many types of alcohol contain carbohydrates in the form of sugar that may, at first, contribute to a spike in blood sugar. More on the sugar content in alcoholic drinks later.

Excessive drinking lowers the effectiveness of insulin and lowers blood sugar levels, and, over time, may lead to type 2 diabetes. This is because the liver has two pertinent jobs: it stores and secretes glucose to fuel your cells when you’re not eating. It also cleans the body of toxins. The liver can’t do both jobs at the same time. So since it treats alcohol as a toxin, it switches to detoxifying the body and stops secreting glucose, lowering blood sugar.

People often mistakenly neglect the caloric content of liquids, but they play a huge role. In fact, one study found that alcohol accounts for 10% of sugar consumed by adults in the UK.

Beer, wine, and spirits don’t have as much sugar as, for example, a soda. But sugary nonalcoholic mixers are often used in cocktails and mixed drinks to cut the alcohol's pungent taste. So beware the Rum and Coke. While rum is made from sugarcane juice, straight rum actually contains 0 grams of sugar. But spirits are much higher in alcohol content, so that they may lower your blood sugar in smaller quantities. Additionally, liqueurs are high in sugar (at 10 grams) and high in alcoholic content (15–55%) so beware them most of all.

Some wines have enough sugar to make a difference. Most grape sugar is used up during the fermentation process, leaving red wines at less than a gram of sugar and white wines at 1.5 grams. But for certain wines, like sweet dessert wines, sugar is added afterward, bringing the total to a slightly more concerning amount of 8 grams.

“I like to have a martini, two at the very most.

After three I’m under the table, after four I’m under my host.”

Humans have been debating the merits of drinking for the 10,000 years of alcohol’s recorded history. Alcohol has been used as both a literal medicine and a poison. The secret is in the dose.

What accounts for the difference in alcohol’s effect between the sexes? The benefits of moderate drinking disappear at lower doses for women than for men, even when controlling for body weight. This may be because women have less water in their bodies, lower AHD levels (a chemical that breaks down alcohol) and because hormones may play a role.

Some Practical Tips for Tipsiness

When it comes to health, nearly everything should be moderate except for your desire to be healthy. So if you’re interested in drinking without incurring negative consequences on your blood sugar levels, here are some practical tips:

In short, if you choose to drink: drink moderately, drink slowly, drink less sugary drinks with more food, and stay hydrated. Here’s a drink to your health!